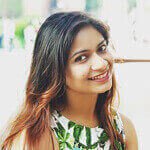 The blog is about the rebranding of Office 365 to Microsoft 365. Get the latest information about this change.

On March 30, 2020, Jared Spataro, the Corporate Vice President for Microsoft 365 announced that Office 365 subscriptions for small and medium size businesses including Office 365 ProPlus will be renamed to Microsoft 365 brand from April 21, 2020. He added that the rebranding of Microsoft 365 depicts a vision for the future of Microsoft productivity tools, which are integrated with artificial intelligence and other cutting-edge innovations. Also, small and medium-sized businesses benefit from Microsoft Teams, which helps in communicating online, sharing and storing files and
documents on cloud, and more.

On asking the reason behind this rebranding, Microsoft attributed it to simplifying the products’ naming to reflect the features and benefits of the plan or subscription. It also mentioned that name of the plans will get changed automatically after from April 21, 2020 and no plans are going away or being discontinued. As announced by the Microsoft, there are no new features as of now.

More details of the Announcement

Let us see which Microsoft 365 plans and its categories have got the new names and which have not from April 21, 2020 (the enforcement date of rebranding).

Which Microsoft 365 Plans Are Rebranded?

Please follow this table to know which Microsoft 365 plans are rebranded or have its name changed.

Which Microsoft 365 Plans Are Not Rebranded?

The following plans or subscriptions’ names are still unchanged and are not rebranded in the latest update.

After the rebranding , there is nothing  the subscriber has to implement. Rather, the automatic renaming of the above mentioned plans and subscriptions will take place form April 21, 2020.

So, it was all about that announcement by Microsoft on rebranding of the products happened on March 30, 2020 for our users to know.

If you are planning any data migration to Microsoft 365, we would like to offer you our most efficient and popular tool, Kernel Office 365 migration. It can migrate mailboxes, public folders, groups, and shared mailboxes to the destination Office 365 swiftly. Migration between Microsoft 365 tenants is a very easy task with this advanced utility. The tool is reliable and offers complete security and integrity of data during migration. The best Microsoft 365 tool is all available in your service!