4 Things to Prepare Yourself for Exchange 2019 Migration 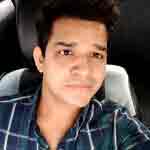 In 2017, Ignite conference was held by Microsoft at Orlando, Florida, in which they announced the release of Exchange 2019. One reason for this upgrade is that many enterprises are still not willing to use Exchange as a cloud service. So, a new version of Exchange is a reliable option for them. But, what features will be offered in Exchange 2019? It has not been revealed by Microsoft yet.

However, if you’re planning to migrate to Exchange Server 2019, then there are some things you should keep in mind.

When Microsoft announced the release of Exchange 2019, it was a great relief to administrators, as they don’t have to move to Office 365 from their familiar on-premises environment. But, it is not clear yet, whether Exchange 2019 will resolve some of the problems Exchange administers face. These problems include difficulties in migration, compatibility with .NET 4.7, client support issues, AD support issues, etc.

It has been learned that the minimum email client supported in Exchange 2019 will be Outlook 2013. So, if you’re going to upgrade to Exchange 2019, then you’ll have to update the Office suite too.

As of now, it is not clear what all features will be offered in Exchange 2019. But, as an organization, you can still be prepared for the upcoming changes.

Also, migrating to Exchange Server 2019 is a complicated process; it requires adequate knowledge and technical expertise. So, think of using Kernel Migrator for Exchange, an effective Exchange migration tool that can help you migrate from an older Exchange to Exchange 2019 easily.

A. Here is the list of the new features available in the latest version of the Exchange Server.

Q. As one cannot directly migrate Exchange 2010 to Exchange 2019 manually, is it possible with the Exchange migrator tool?

A. Yes, using the advanced Kernel Migrator for Exchange tool, you can perform Exchange Server migration between any two versions (older to newer or newer to older) directly

A. It totally depends on your requirements and understanding of the newly added features in the Exchange Server 2019 version. You can consult an Exchange Server expert or professional.

Q. Does the tool supports Office 365 to on-premises Exchange migration?

Q. How do we benefit from the Pre-migration analysis feature of the tool?